Do you want to communicate with a lot of different people, but don't want to start a messy group chat where everyone can see each other's replies? Wouldn't it be great to have a group text app without reply all?​

Well, we thought so too. That's why we created Hit Em Up, the absolute best way to personally mass text messages to individuals. It's a group text app without reply all, and it works out of the box. The best part? It's free to download and try!

Just select the folks you want to send to in your contacts in the app, write your message, and press send! You will be prompted to broadcast individual texts and iMessages that are personal and one on one like a group text bcc. Your recipients will see the text-messages privately like any regular message you would send them directly (think group text bcc, but even more personal because you can customize each text message with your recipients' name and other contact information to make personalized messages in bulk). They can't see the other members of the conversation, so it feels personal and thoughtful. 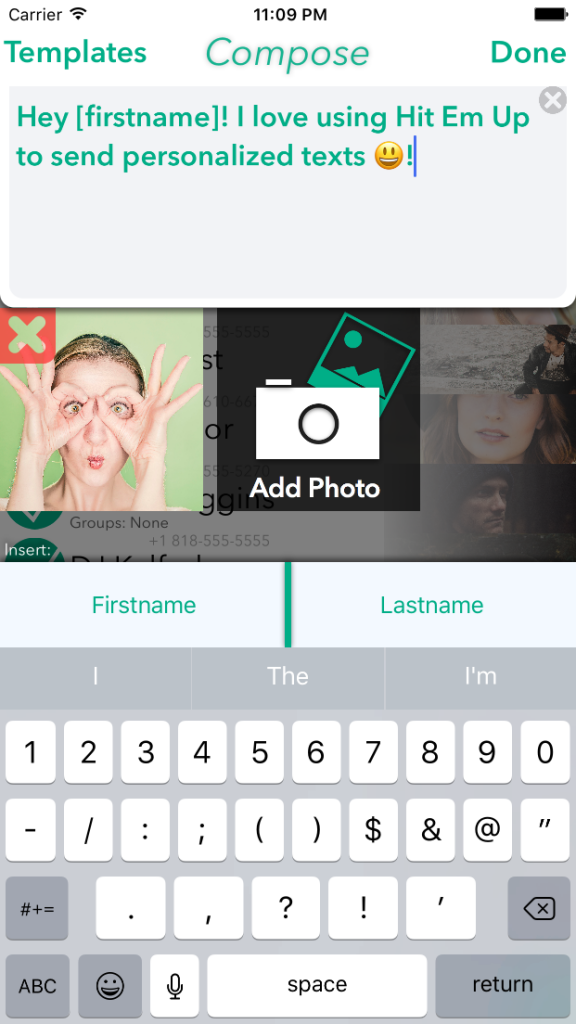 Hit Em Up lets you even create groups from your contacts in the app or import them from existing groups you may have so you can send to those folks again later. Other cool features include saved templates and text personalization where you can insert (for example) a first-name into the body of your message. 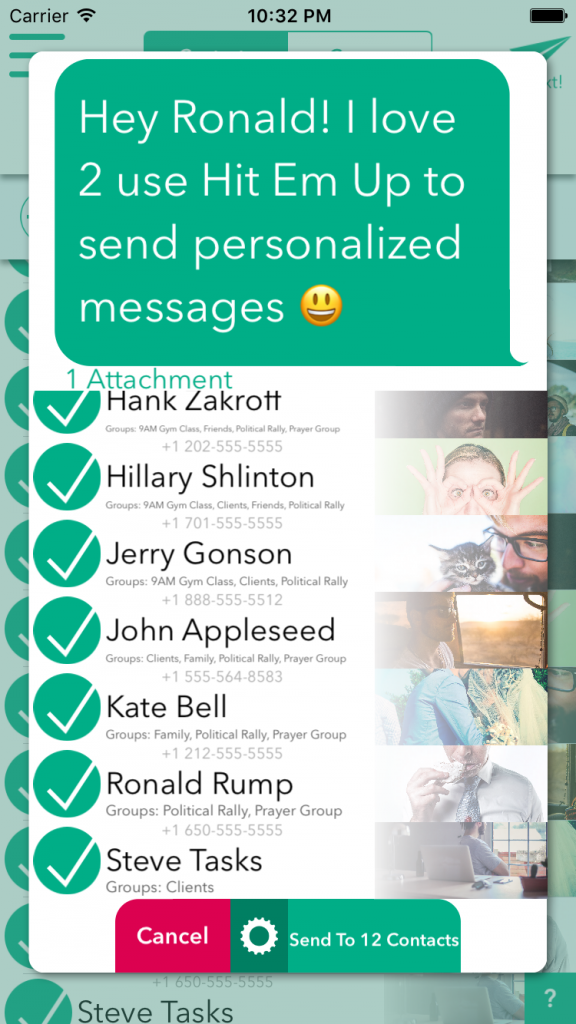 You have nothing to lose as we have a zero commitment free trial (no cc required) to try the best group text app without reply all: Hit Em Up App. It's available for iPhone and soon Android too!

How to Send Mass Text Individually ​ 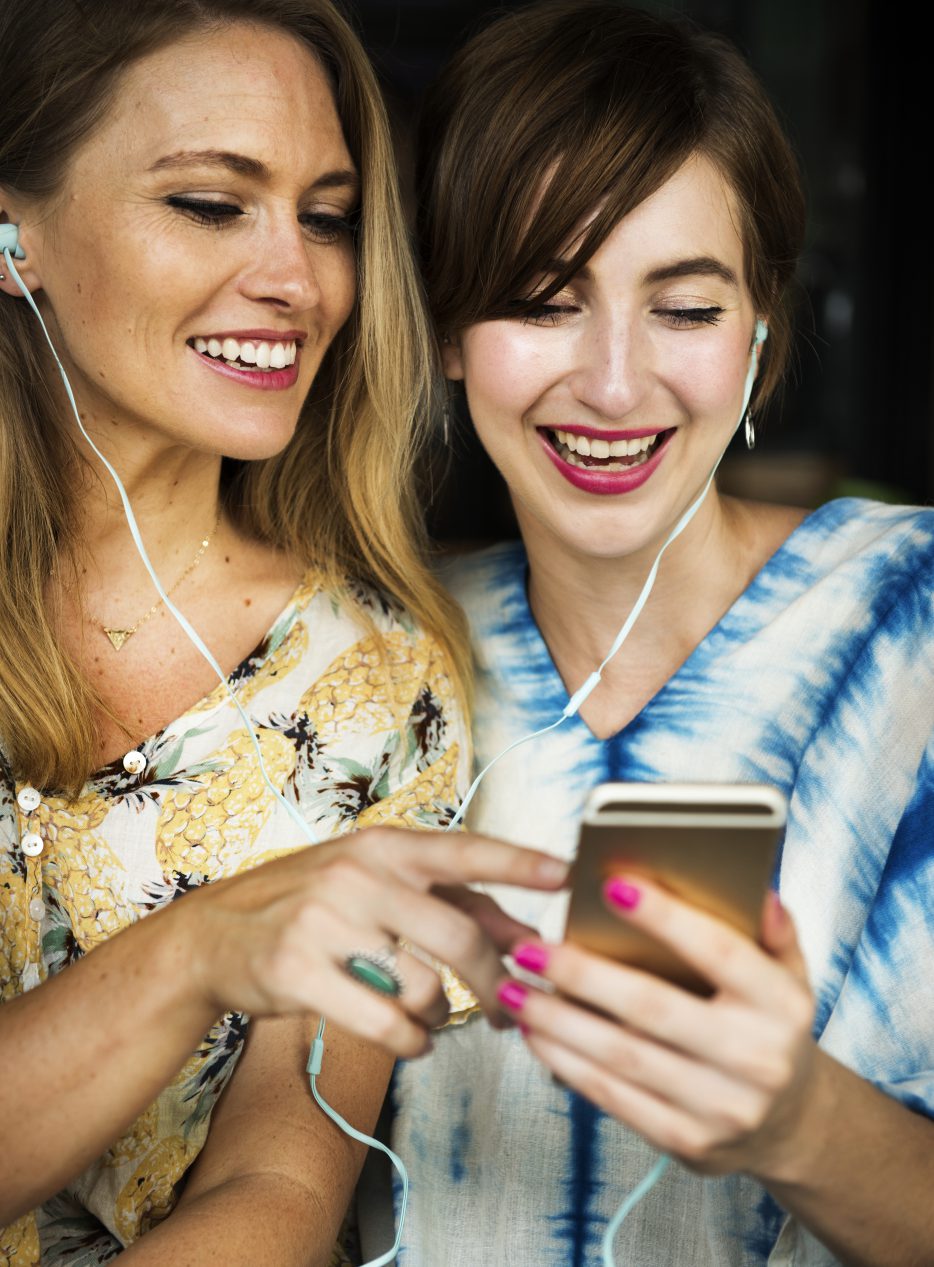 A lot of people ask us for a guide on how to send text messages in bulk, but individually and one on one as a Mass Text so we decided to face that question head on and give you a guide from start to finish on how to Send a Mass Text Individually One on One as a sort of BCC Group Text from your iPhone:

2. Select the contacts from the list you'd like to send to OR if you want to send mass texts individually as BCC Group Texts to the same people more often than just the one time, create a Group from the "Groups" tab and press "Add People" in the upper right corner to add those people to a group for sending to any time you want.​

3. Tap "Compose" and write a personal message and use the "firstname" and "lastname" buttons above the keyboard to personalize it so that each message is customized for the contact!​ 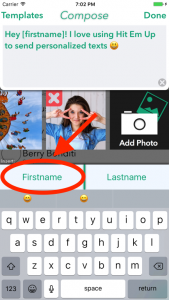 4. Press "Next!" in the upper right corner of the screen after pressing Done on the compose screen to preview and send your message!​

5. Sit back and enjoy sending your BCC Group Text individually to your group so that your message comes in individually and personal to your contacts even though it's a mass text!​ 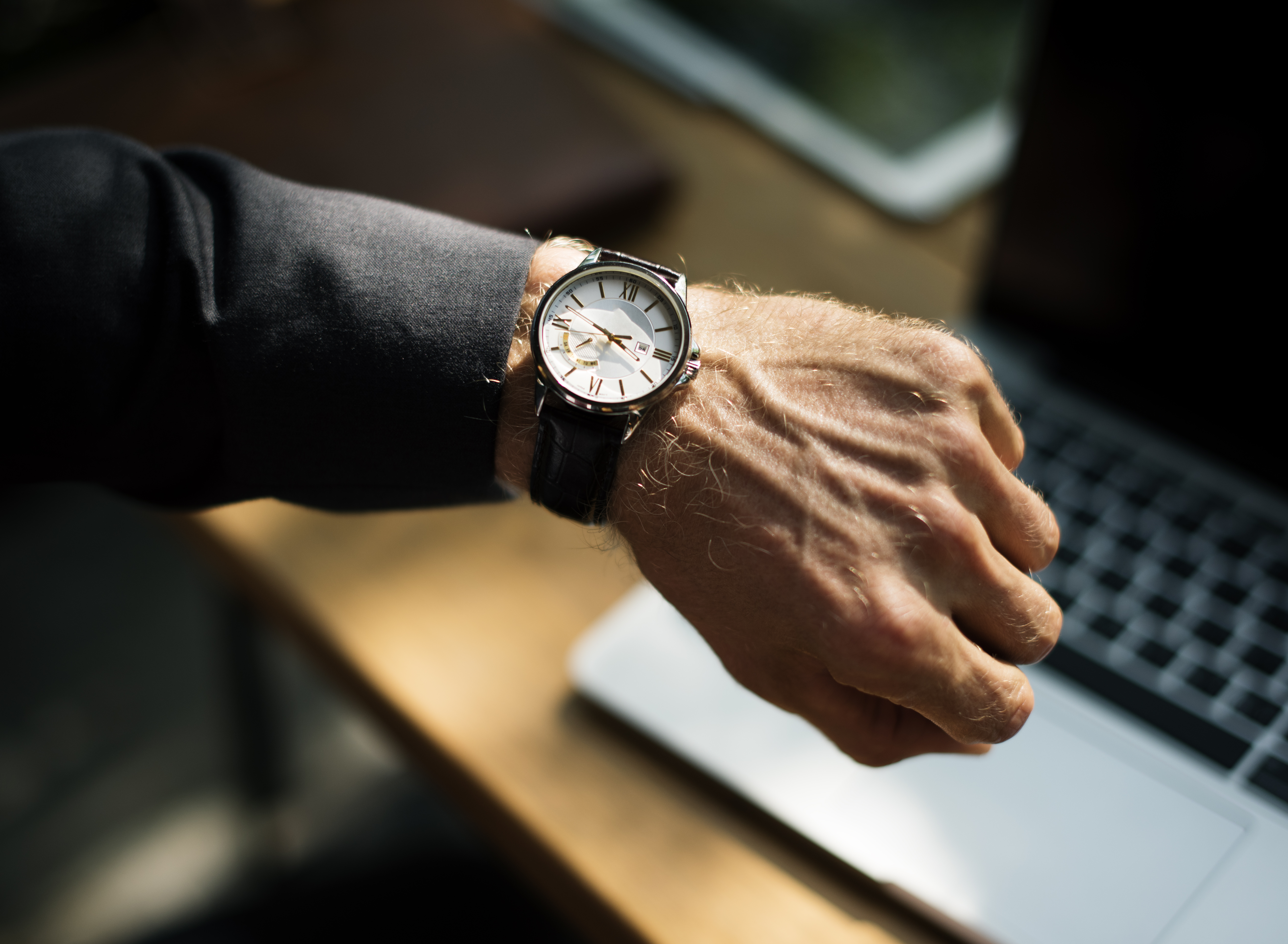 Time is money. Doctors, Hairdressers and Barbers, Accountants, Lawyers, and Personal Trainers know this and painfully so when their patients or clients don’t show up for an appointment!

We’ve talked to a lot of customers here at Hit Em Up and did a little academic research into the question: “How do you get patients and clients to show up for their appointments and reduce the number of no shows?”

How to Increase Text Response Rates​

So you may have heard about authority as a great method of persuasion from such writers as Robert Cialdini (and if you haven’t checked out his six methods to persuade, I highly recommend a google search on that), but, as a member of the Hit Em Up Community, do you know what the number one thing you can do to increase your response rate is?

Research suggests: A plea for help 1 & 2. Can you believe that? Simply asking for help according to a study which tested the effect of various different methods of attempting to increase online invitation response rates was one of the most effective ways to increase recipients’ responses.

The study also found that respondents who were active in a shared online community already were more likely to respond 1. The take away for you being that if the people you engage via Hit Em Up Mass Text are people who you have that are active in your community already or who you involve in your community in real life or online before sending your message are far more likely to respond as well. This is pretty consistent across the research we’ve done in house. The more face to face time you have with your recipients before texting them, the better they will respond to your texts which I think makes intuitive sense.

Further, it would seem that engaging people who you’ve engaged with recently before you make an ask with a pre-notification text a

may increase the odds of them responding to your next follow up 2 text where you let them know about the ‘actionable’ like the invite or call to action to check out your new blog post etc. However, we extrapolated that if you haven’t engaged with the person recently, this pre-text notification is not effective at increasing the response rate (though there’s no evidence that it hurts)b.

So if you could do me a favor and try this out and let me know in the comments below if it works for you, I’d really appreciate it 😃 🙏

Limitations of our Research:

a This particular study focused on authors who published books recently with the publisher sending email notifications to complete a survey. Thus, it may not translate into a one for one with text message behavior or situations other than directly tested in the experiment. We are big proponents of honest research and telling you what we know and what we don’t. We hope our research gives us inferences into behavior for you to help you succeed. It’s up to you to test our hypothesis that we work hard to deduce for you 🙂

b We are extrapolating from the study to apply the findings to something more tangible to you. The original study looked at the various response rates to pre-notifications and the effects on filling out the survey when the follow up message came with the survey. The pre-notification was effective for those who published in 2006 and up, but made no impact on those who published before 2006 (the study was undertaken in 2008 and published in 2011) 2. We interpreted this to mean that it is possible that a pre-notification is helpful when your audience is more recently actively engaged. However, this is not covered directly in the study and it’s our hypothesis based on the findings. 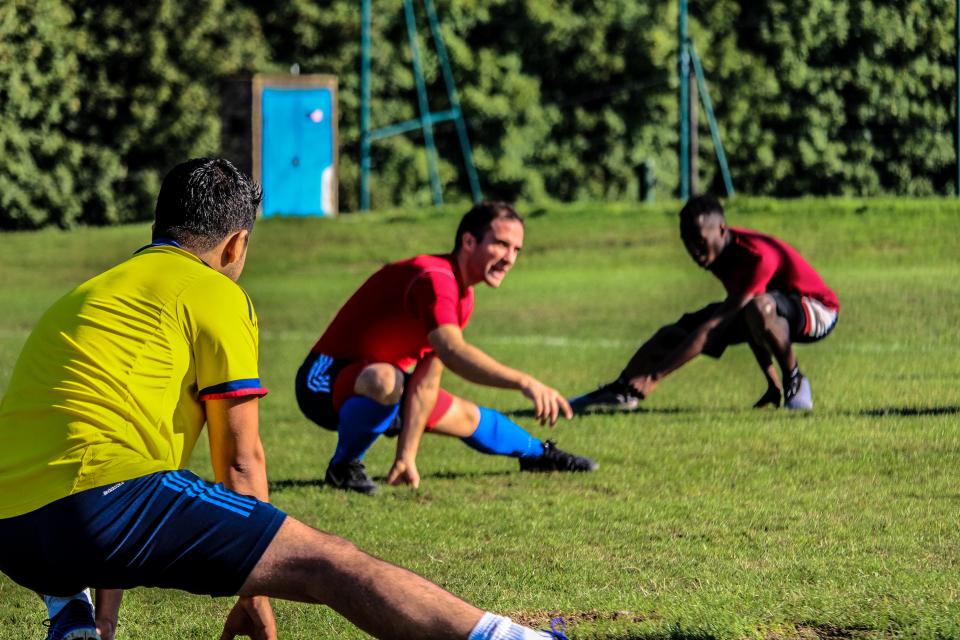 Many personal trainers are now using Hit Em Up to send personalized mass text messages to their customers and clients.

We’ve interviewed some of our most successful Personal Trainer partners to learn how they use Hit Em Up to help their clients succeed in meeting their fitness goals and grow their business.

Here’s a curated list of the top responses we’ve gathered...